It is official — successful businessman Donald Trump is the next President of the United States. In one month, President Obama will resign, and President-Elect Trump will take the oath of office. Let’s take this time to reflect on Barack Obama’s presidency, and how it has benefited both the United States and the world. 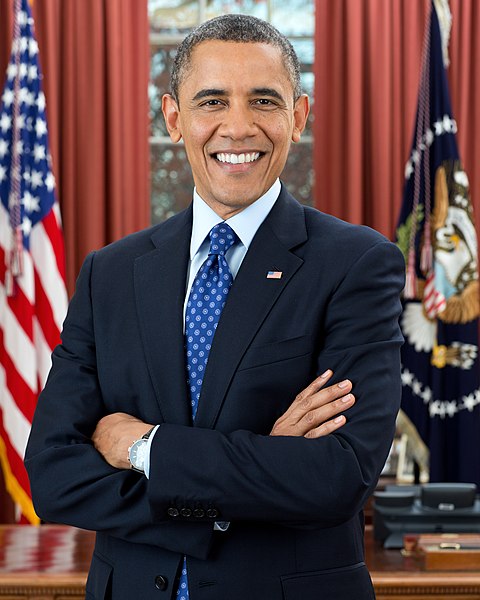 President Obama’s official photograph in the Oval Office on 6 December, 2012.

In 2008, everyone had high expectations of U.S. Senator from Illinois, Barack Obama. He promised a strong recovery from economic recession, affordable and accessible healthcare, tax reliefs, and a strong, stable foreign policy. Unfortunately, he hasn’t fulfilled all those promises — partially due to a Republican-dominated legislature and general opposition from U.S. legislators; for instance, his proposed infrastructure investment and a minimum wage hike were both voted down by Congress.

Still, he has proven himself one of the most productive presidents the U.S. has ever had. He began by swiftly signing an $800 billion fiscal stimulus bill, and started tax relief measures, to boost competition and productivity in the midst of economic recession. In a span of two years, unemployment figures drastically dropped. With the heavily controversial Affordable Care Act, he ensured that the costs of health insurance dropped by 7%, the rate of price inflation of healthcare premiums dropped from 69% in the Bush administration to 27%, and millions of people gained health insurance. In his first term alone, he made substantial investments in clean energy, further strengthening his robust job creation schemes. Finally, his bailouts of the automobile industry ensured an end to the vicious cycle of private sector jobs in the auto industry being destroyed.

In terms of foreign policy, his accomplishments have been equally substantial. It has largely been conducive to advancing international stability, with the notable exception of intervention in Libya. Now, there’s little doubt that U.S. foreign policy has always been particularly ruthless — and has engaged in the destruction of lives — but President Obama’s foreign policy was substantially better in that regard. While Secretary Clinton’s stint as Secretary of State undoubtedly resulted in a lot of unnecessary military intervention, President Obama largely tried to prevent wars or other economic conflict, with negotiations that led to the hugely successful Iran nuclear deal, the Paris Agreement to deal with climate change, and the normalization of relations with Cuba.

Regarding social policy, he has strongly advocated — and succeeded, at least partially, in gaining — substantially greater inclusiveness for Americans belonging to the LGBT community, which began in 2010 with the repeal of Don’t Ask Don’t Tell, and climaxed with briefs to the Supreme Court that made illegal state-level same-sex marriage bans (Obergefell v. Hodges). His veto of the Keystone XL pipeline authorization and support for restrictions on hydraulic fracturing have, alongside the Paris Agreement, advanced the quest toward combating climate change at the domestic level.

There’s no doubt that, for instance, his foreign policy leaves much to be desired — but, I daresay, no post-WWII president has had a more stable and stronger foreign, economic, or social policy as President Obama. He didn’t live up to expectations, but he did give the people of America, and of the world, substantial change: change that we can believe in.